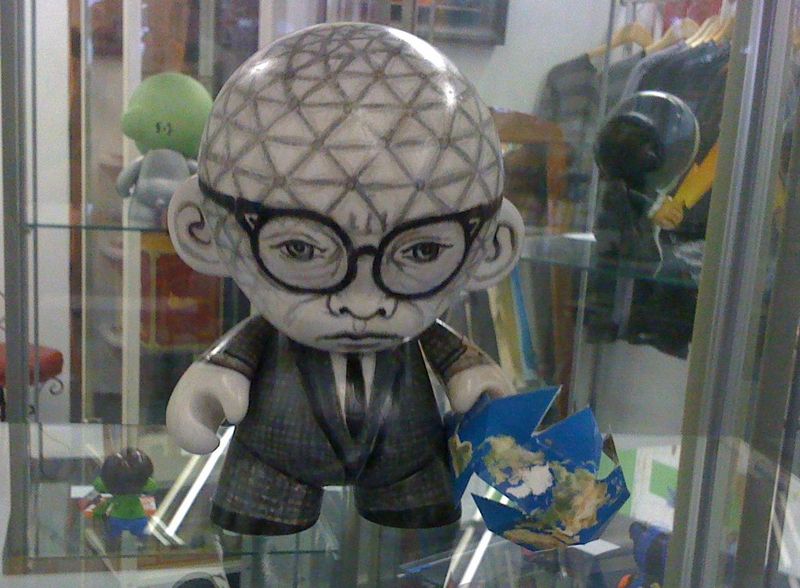 My entry for the Summer Munny Show opening tonight at Lift Designer Toys and Gallery in Royal Oak, Michigan.  The show is only up for about three weeks, and then he will vanish, so check it out - there are some beautiful toys there!

His Noodly Appendages Made Visible 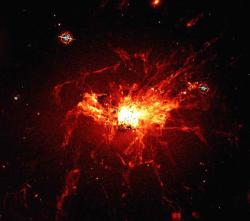 Greeny's Debut at the Robot Supply and Repair 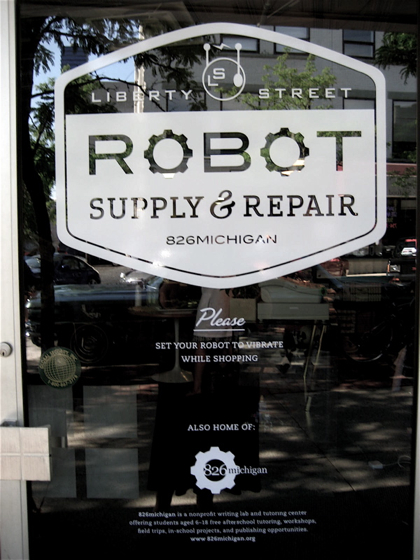 One of Michigan's two Art-O-Mats found a new home in Ann Arbor last night, at the mysterious and wonderful Libert Street Robot Supply and Repair, the storefront for 826michigan, a nonprofit tutoring and writing center for students ages 6 to 18. Follow the 826 link for more information about the 826 mission, which is also presently active in San Francisco, Brooklyn, Venice, Seattle, Chicago and Boston.  It was a wild and noisy night, as the event coincided with the Rolling Sculpture Car Show.  You can see some of the cars through the windows of the space. Take a spin with the 'bots, and see more after the bump~ 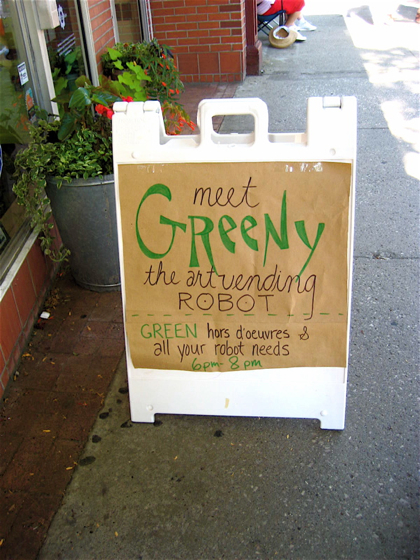 The robot in the window displays faces of the young writers. 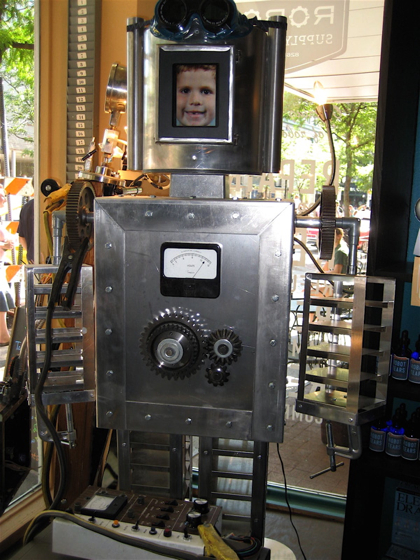 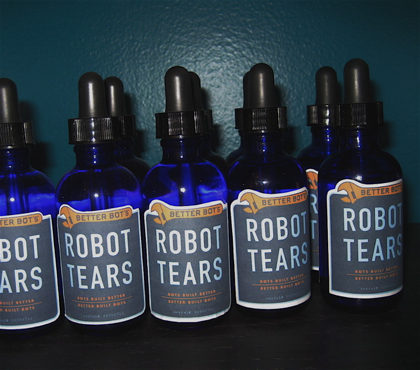 Just so you know, i would NEVER make a robot cry.

And here is the robot of the evening (with me in his mirror), Greeny. 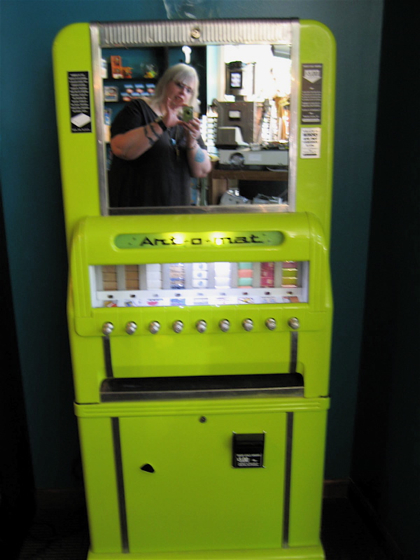 Continue reading "Greeny's Debut at the Robot Supply and Repair" »

Must-See Video From the NCMR Conference

Do you laze about on Sunday morning, listening to tedious pundits spinning their usual predictable spew?  i confess that i often do.  Instead of fuming and talking back to the television, here are some really inspiring words from Bill Moyers yesterday at the 2008 National Conference For Media Reform in Minneapolis.  He sets the framework, and spells out why you should care about this conference, then take a spin through all the clips.  i doubt you'll tire of the diverse messages, and funny Fox News footage where the conference is outed by Bill O'Reilly as the "craziest far left" people in America!

You are implored not to miss Lawrence Lessig's address on the connection between government corruption and media reform.  He gives the tightest presentation i've seen yet on how we need to prioritize our fight to rescue our democracy.  You can see more at Change Congress. 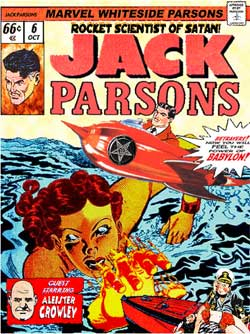 Another near  miss, my brother alerted me to Make Magazine 13, which has a great piece by Gareth Branwyn on the rocketry of scientist/magickian Jack Parsons.  As Keith knows, i'm kind of obsessed with Parsons, and this is a great introduction to the geeky side of Jack.  Much of the research came from  George Pendle's Strange Angel: The Otherworldly Life of Rocket Scientist John Whiteside Parsons, which is one of two Parsons bios.  Like Aleister Crowley, he really needs to be viewed by more than one biographical perspective, so i'd also recommend the pseudonymous Sex and Rockets: The Occult World of Jack Parsons, for the big picture.  Parson's own writings, Freedom Is A Two Edged Sword, is currently out of print, but you can read good samples around the web, like right here.

The coolest thing for me about Branwyn's article is the fantastic "Rocket Scientist of Satan!" comic book cover by friend of Clea's Cave and Dr. Strange superfan Howard Hallis.  You can see this 2003 lenticular digital collage amusingly animated here.  Prepare to wander his website for a while... and do not miss The Picture Of Everything.

Alan Moore reads a tribute to RAW on March of this year. Thanks to Bulldada Newsblog

My Penguicon Was Great

- How was yours?  If you unfortunately missed it, Here is a good assortment of After Action Reviews by people who actually did something.  i had a pretty good time for not doing much worth blogging about.  This convention just keeps getting better.

If you missed the fun, you can rectify this by keeping your eye on penguicon.org, where registration for Penguicon 6.0, tentatively set for April 18-20, 2008, will soon begin.  See you there!

The memorial for Robert Anton Wilson was on February 18, Chinese New Year.  Many snippets of the occasion have been posted on YouTube, my favorite being Arlen's Last Words to Bob.  Enjoy, and keep the lasagna flying! 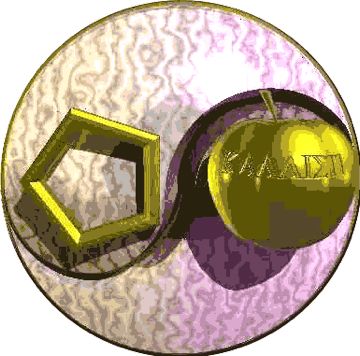